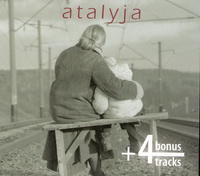 Atalyja is the first Lithuanian folk-rock group that based its music on the synthesis of folklore and rock music. The repertoire is made up of calendrical songs, wedding songs, sutartines (unique traditional form of polyphonic rounds). The melodies of old songs are enriched by rock, jazz, blues, metal rock, and Indian music elements. Its music is characterized by a variety of styles, a rich palette of timbres, and original composition. The group performs regularly at music festivals and urban celebrations. They have performed in Estonia, Latvia, Poland, the Czech Republic, Germany, Turkey, Russia.