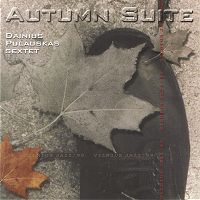 One of the most creative and experimental Jazz Formations in Lithuania which is composed of six incredibly talented jazzmen. On one autumn night on 1998, Dainius Pulauskas staged a fabulous performance in Vilnius, which was later released as an album titled “Autumn Suite”. The four-part mini-epic goes beyond demonstrating the skills of the musicians, but it is also a mixture of variuos sub-genres of jazz and sub-links into other genres, such as fusion, freeform. retro, progressive and classical, among others. In other words, the album is highly experimental, full of improvisations and demonstrates what Lithuanian jazz is all about.

The Dainius Pulauskas Sextet is one of the most fascinating and talented jazz ensembles in the world right now.